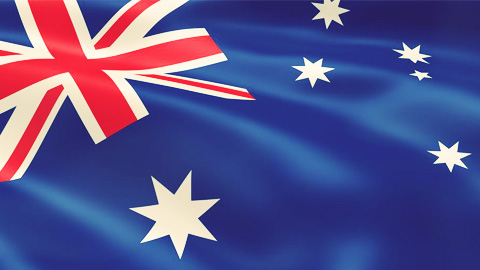 ANZ, Commonwealth Bank of Australia, Westpac, IBM and Scentre Group are to formally launch a blockchain-based platform that reduces the time to issue a bank guarantee from one month to one day.

The pilot programme is the first of its kind to be launched by a central bank, allowing banks in Saudi Arabia to use Ripple’s software to instantly settle payments sent into and out of the country.

Blockchain in banking: the future is now

Accelerate your blockchain strategy. Let’s go beyond the technology to deliver the business results you’re looking for.

Lygon. Https://www.lygon.io The company says it is “a first-to-market blockchain-based platform that was created from a joint venture involving ANZ, Westpac, Commonwealth Bank, Scentre Group and IBM to bring a 200-year-old paper-based bank guarantee process into the digital era.”

Lygon’s CEO, Justin Amos, https://www.linkedin.com/in/justinamos/?originalSubdomain=au said Lygon’s successful digitisation of the bank guarantee was an important milestone for Australian fintechs, and the company’s core technology can apply to other types of financial instruments, as well as providing opportunities in other markets and jurisdictions globally.

“This is the first time blockchain has been used for a commercial banking product in Australia.

“This is great news for Australia and helps reinforce the country’s growing reputation as an incubator for trailblazing fintech companies.

“The digitisation of the bank guarantee is just the start for Lygon. Our core technology can be applied to other types of payment guarantees and financial instruments, such as performance bonds, offering a wide range of opportunities to pursue as we expand Lygon’s reach and service offering.”

Amos also noted that Lygon “reduces the risk of fraud and handling errors, providing significant benefits to all parties using the service at a time when there is a heightened focus on digital security for businesses of all sizes and scale.

“Lygon is paperless, transparent, accessible, and standardised, removing the inefficiencies, costs, and risks associated with a paper-based system.

“The ability to reduce the risk of fraud and handling errors is a major advantage to Lygon, particularly given the heightened focus on digital security for businesses of all sizes and scale these days.

“In the case of a tenancy agreement, banks can maintain database ledgers of all digital guarantees in existence, with access to a full and auditable history of every transaction ever made; landlords are not at risk of losing or holding invalid guarantees; and retailers as well as other tenants have a simplified and fast system for providing security and accessing premises sooner.

“Lygon has condensed a four-week process and multiple trips to the bank to as little as one day—benefiting all parties involved in the tenancy agreement process,” Amos concluded.

No comments to show.